Eleven Madison Park in the Flatiron closed for renovations. Chefs opening a pop-up in the old Moby’s spot in Amagansett. EMP Summer House. If you’re reading this, too late to get a rez!

Virginia Woolf meets Jim Wolff’s waitress-   My favorite obituary headline ever:        HELEN LAVALLE, 94, ADVISED ELIZABETH TAYLOR “Amongst her many jobs, Helen was a waitress at the former Williams House, where she was the only waitress who could tell Elizabeth Taylor that one lobster was enough.”           -Daily Hampshire Gazette   Elizabeth Taylor was at Smith College in the 60’s filming “Who’s Afraid of Virginia Woolf”, with Richard Burton. Assume that’s when she may have tried to indulge in local lobster binge-ing and… Read more Liz Taylor & Lobster →

Thanks to all who bought Table’s Edge this holiday season and over the past 10 + years. As we migrate back to our roots in NYC this Spring, we will remember our time in Northampton & the Pioneer Valley. Those who retain their great cuisine are India House and La Veracruzana. Godspeed and good eating. ~ Carol Colitti Levine 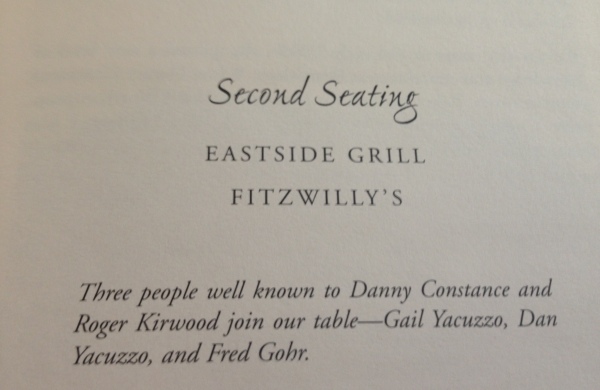